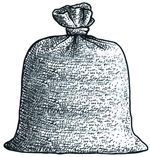 This tale of courage and friendship is a timely reminder that while worse things happen at sea, it also brings out the best in man and his seafurring shipmates. On this occasion, the true grit award goes to the volunteer RNLI boatmen from Clacton and Margate who risked their lives in heavy seas to save the Hawkesdale’s crew.

Rescue of a Cat by a Life‑boat, and the Sequel

The Hawkesdale, a trading vessel of 1724 tons, belonging to Liverpool, was on her voyage, bound from Hamburg to Melbourne with a mixed cargo, including amongst the rest 500 pianos ‘made in Germany.’ Mr. Aubrey F. Chaplin was an apprentice on board the vessel. There was also a very fine cat named ‘Freddy’ on board, which was so kindly treated by Mr. Chaplin that he used to follow at the young apprentice’s heels (he was then only seventeen years of age) up and down by the hour as he paced the deck when on watch. It was the apprentice’s second voyage. 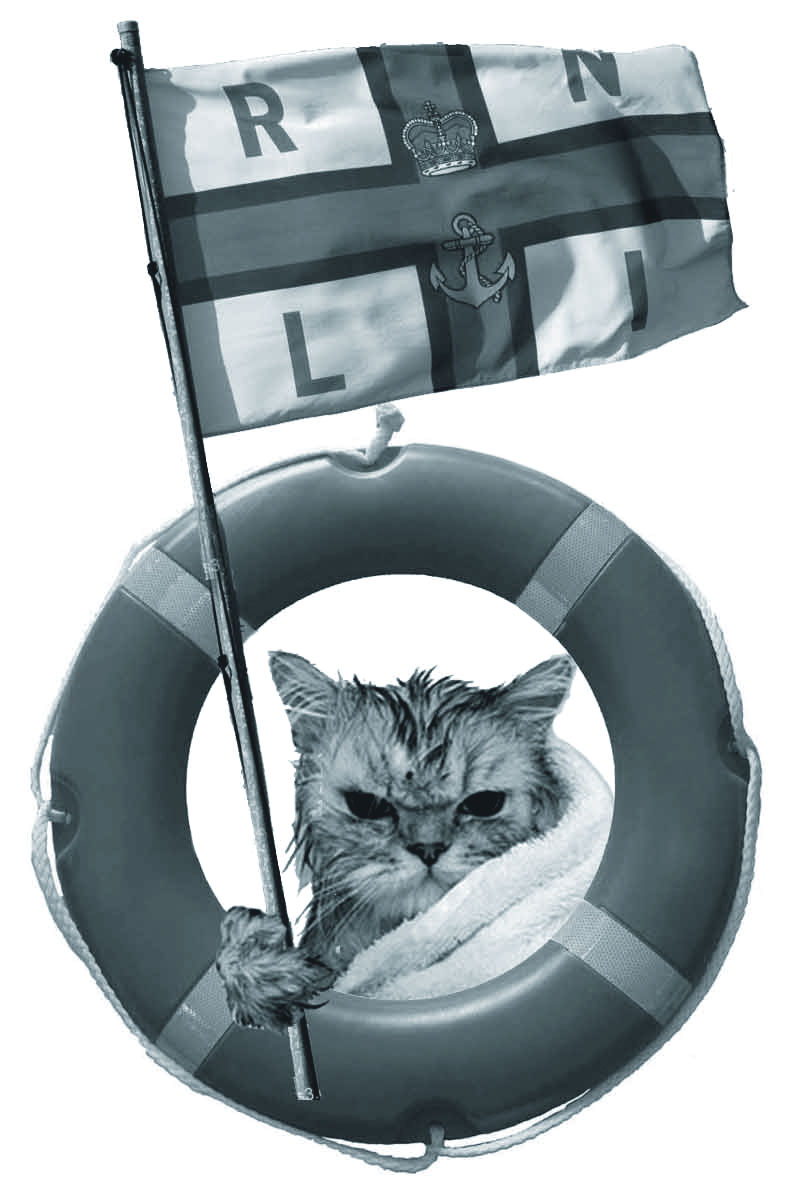 After leaving the Elbe the vessel encountered violent winds and rough weather, and by some mistake she got out of her course for Melbourne, and eventually ran aground on the Long Sands between Margate and Clacton-on-Sea, and lay there, a prey to the fury of the winds and waves.

An attempt was made to launch the boats, but directly the first was lowered, it capsized, and three men were drowned. Soon after the other boat was broken from its fastenings and lost. For six hours the crew remained in suspense, expecting that the ship would break up or the masts would fall, the sails having been torn into shreds by the gale.

At last the signals of distress were observed, and the Life-boats from Clacton and Margate belonging to the Royal National Life-Boat Institution were seen coming gallantly to the rescue. Then there was considerable difficulty in getting the men, one by one, from the ship into the Life-boats, for as they were lifted by the waves to the ship’s level, the men had to jump over and clutch the boat’s ropes as best they could. 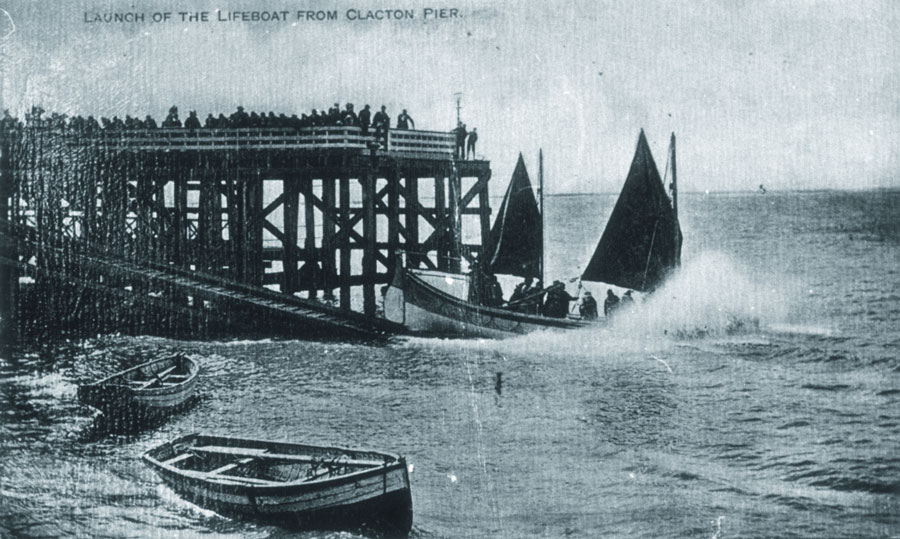 At this crisis, when the uppermost thoughts of all on board might have been to save himself alone, Chaplin remembered his pet cat, and another apprentice remembered a dog also on board, and asked leave to rescue them. The dog was seized by the second apprentice and thrown over into the friendly arms of the Life-boat’s crew, whilst Chaplin ran below to hunt for the cat, which he found sleeping soundly, unconscious of the danger around, but in another moment Chaplin had dived into the storeroom and found a sack, into which he tied ‘Freddy.’

When he reappeared, the captain of the Life-boat took for granted that he had been to fetch some valuables from the cabin, and protested that he could only take ‘live cargo’; but when he learned the true contents of the sack, it was allowed to be thrown over into the boat, and Chaplin followed, being one of the last to leave the ship. The poor cat was nearly drowned from lying in the water that had washed over into the boat, but his rescuer had no intention of relaxing his humane efforts. 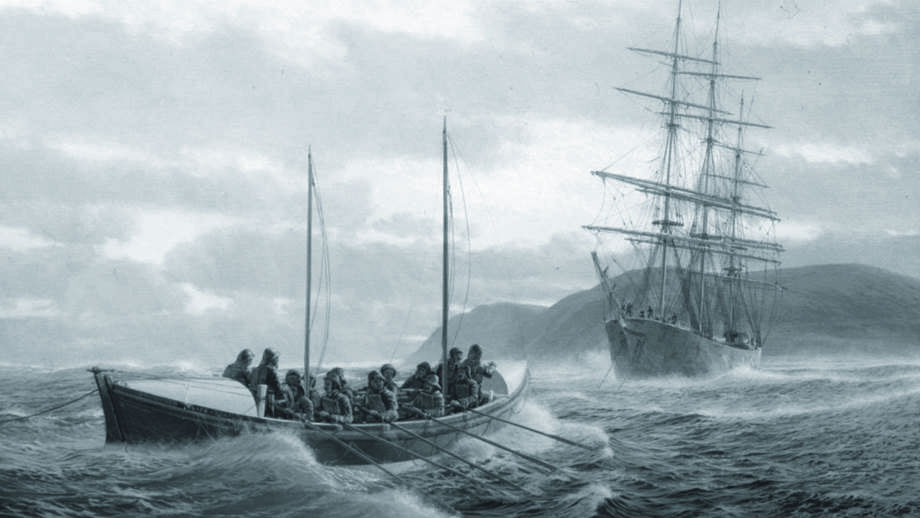 Wet, and cold, and half stupefied by a blow on the head which he received when getting over the ship’s side, he lifted the sack with its living freight on his knees, and kept it there between three and four hours, while the Life-boat was struggling back through heavy seas to Clacton, a distance of over fifteen miles.

On that occasion the two Life-boats saved twenty-four of the crew, besides the dog and cat. ‘Freddy,’ the cat, has ever since been safe and well, and is a great favourite in the residence of his rescuer’s parents at Rugby. ◈ 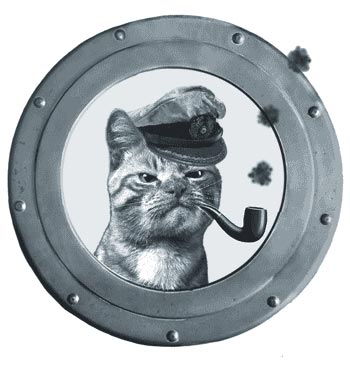 Young Aubrey fully deserved his large silver medal “in remembrance of his brave conduct in saving the life of a cat, at almost the risk of his own, in time of shipwreck.” The lad who saved the dog deserved a gong too. While Freddy showed the utmost forbearance for over three hours stuck in the sack as the boat struggled back to Clacton through heavy seas not knowing where he was going or if his next breath would be his last. However, the true grit award on this occasion has to go to the boatmen from Clacton and Margate who risked their lives to save the crew. Here’s The Lifeboat’s on-the-spot report.

On the morning of the 26th January [1899], while a strong gale was blowing from N.N.E. accompanied by a heavy sea, the Margate boatmen observed a large vessel apparently in dangerously close proximity to the Long Sand.
She was examined through a powerful glass and was seen to hoist a signal of distress, and immediately afterwards the Tongue Light-vessel ran up signals denoting that help was required. At 9.15 the Life-boat Eliza Harriet put off, the launch from the new West Slipway being witnessed by a large number of people, and sailed in the direction of the Long Sand, encountering tremendous seas which at times completely submerged her. When nearing the distressed vessel the sails of another Life-boat were seen approaching her from the opposite direction.
This was the Clacton-on-Sea Life-boat Albert Edward, which had been launched on receipt of information of the casualty at the same time as the Margate boat, and had also had a very rough time in the heavy seas which continually filled her. Both the boats reached the vessel at about noon and approached her on the starboard side, that side being the more sheltered … Considerable difficulty was experienced in taking the men into the Life-boats owing to the terrific seas. Watching their opportunities, the men had to catch the masts and slide down the rigging into the boat.
Having got all safely on board, the Life-boats parted company, and making for opposite shores, again through heavy seas—the Clacton Boat meeting with even worse seas than she had experienced on her outward journey—both boats safely reached home and landed those whom they had rescued. Additional rewards were granted to the crews of the Life-boats in recognition of their specially good services on this occasion, and grants were made to three of the Clacton crew who received injuries in the performance of the rescue. ✵
CREDIT The Life-Boat – November 1899, Vol 17, Issue 194

In the early 19th century there was an average of 1,800 shipwrecks a year around Britain’s coasts. One man, Sir William Hillary, who witnessed dozens of shipwrecks on the Manx coastline and saved many lives with the help of locals, refused to sit by and watch people drown. He organised a public meeting in London and on 4 March 1824 at London Tavern, Bishopsgate, over 30 eminent gentlemen unanimously passed 12 resolutions, including:

That an Institution [National Institution for the Preservation of Life from Shipwreck] can now be formed … to be supported by donations and annual subscriptions … That such immediate assistance be afforded to persons rescued as their necessities may require … That the subjects of all nations be equally objects of the Institution, as well in war as in peace [and] that medallions or pecuniary rewards be given to those who rescue lives.

Almost 200 years later their 12 resolutions still stand as part of the Royal National Lifeboat Institution charter (the name was changed in 1854), a charity that saves lives at sea around the coasts of the UK, the Republic of Ireland, the Channel Islands and the Isle of Man as well as on some inland waterways. It’s still principally funded by legacies and donations, and most lifeboat crews are unpaid volunteers. Read more.