From leaping through hoops to saluting to the band playing Star-Spangled Banner, Tricks of the Trade shows what ships’ cats do to entertain their bored shipmates on board. A bit of light entertainment from Able Sea-cat Bart, story curator of seafaring felines, the sailors’ pest controllers, shipmates, mascots and pets.

[Trim’s] “exercises commenced with acquiring the art of leaping over the hands; and as every man in the ship took pleasure in instructing him, he at length arrived to such a pitch of perfection, that I am persuaded, had nature placed him in the empire of Lilliput, his merit would have promoted him to the first offices in the state.

He was taught to lie flat upon the deck on his back, with his four feet stretched out like one dead; and in this posture he would remain until a signal was given him to rise, whilst his preceptor resumed his walk backwards and forwards; if, however, he was kept in this position, which it must be confessed was not very agreeable to a quadruped, a slight motion of the end of his tail denoted the commencement of impatience, and his friends never pushed their lesson further.” ◈

Wray Rattler 21 April 1911, Yuma County Colorado — When a warship is engaged in an extensive cruise, the majority of the men aboard have, at one time or another, plenty of leisure at their disposal, and they devote a considerable portion of it to teaching tricks to the pets aboard. 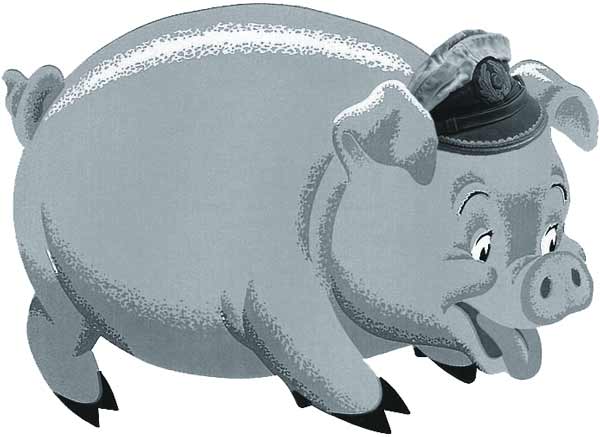 Many persons who have witnessed the really wonderful stunts done by naval mascots or have noticed four-footed mascots marching in parade with a naval battalion, and conforming to all the military orders given, have gained the impression that bluejackets possess an especial and almost unique knack for instructing dumb animals.

The secret of their success, however, lies in the devotion of much time to the task, combined with the circumstances that the tars have a seemingly inexhaustible supply of patience and an almost unfailing fund of good humor, which, when reinforced by plentiful supplies of sweets, will ultimately win over the most stubborn furred or feathered captive.

One of the most remarkable tricks is that of a famous cat that was domiciled aboard the cruiser Chicago a few years ago. This cat would sit on its hind legs and salute with one front paw when the band played ‘The Star-Spangled Banner’, and any person who knows how difficult it is to teach tricks to cats can appreciate what this performance meant.” ◈

I don’t have any tricks up my sleeve at all. I am not sure whether that’s because I didn’t seem to be a likely candidate for learning them, or my shipmates didn’t have the time or inclination. I can certainly understand a crew teaching a few tricks to their pets or to the ship’s mascot to while away the time stuck in the doldrums or in pack ice in days gone by, or these days stuck at sea waiting for a berth. I thought that was an interesting comment about having a plentiful supply of sweets. You couldn’t bribe or reward a seafurrer (or any cat) with sweets. You would have to tempt us with a tasty meaty tidbit. Or a very nice piece of fish. We don’t have a soft spot for things that taste sweet because our taste receptors can’t detect sugar (big cats like tigers and cheetahs can’t taste sweet either). To get a bit sciency, the taste receptor for sweet is encoded in two genes that code for two proteins, both of which are involved in a human’s ability to enjoy (crave?) sugary treats. In cats, a chance mutation appears to have broken one of these genes, and this version has persisted and that’s why lollies won’t tempt us to turn a trick. ◈

Training Trim to leap over hands or the Chicago’s cat to salute is standard animal (and people) training based on rewarding the desired behaviours to encourage the animal (or person) to do it again (and again). Pet owners and animal trainers have been doing it for hundreds of years, long before psychologists gave it a name – operant conditioning.

“To train a cat to jump on command, the trainer rewards it for walking over a stick that is lying on the ground, and then for stepping over it when it is slightly raised. Then if the trainer raises the stick further, she rewards the cat only for actual jumps,” says Dr John Bradshaw in Cat Sense. “More complex tricks and “performances” are usually taught piece by piece, each step becoming linked in the cat’s mind through chaining. The easiest way to put a sequence together is to start with the final action and its reward, and progressively add the preceding steps – backwards chaining. For example, to train a cat to turn around once and then offer its paw to be shaken, the paw-shake is shaped first, and once that is perfected, the turn is shaped to precede it. Operant conditioning is not confined to deliberate training: it is one way cats learn how to deal with whatever surroundings they find themselves in.” ◈ 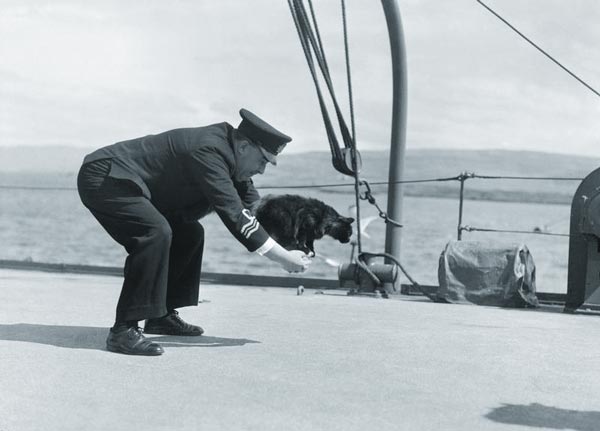 RIGHT Peebles jumping through the hoop made by Lieutenant Commander R H Palmer’s arms on board HMS Western Isles (1944). Western Isles served as the flagship of Western Approaches Command’s Anti-Submarine Training School at Tobermory, Mull, where the crew of escort ships for Atlantic convoy duty were trained before being deployed. The school and its commander (in fictional form) feature in Nicholas Monsarrat’s novel, The Cruel Sea.
IMAGE Imperial War Museum