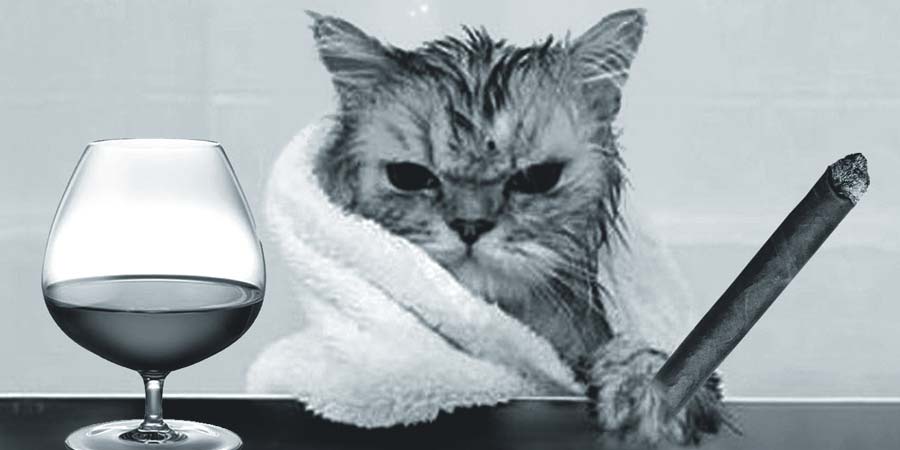 “Get me out of here” springs to mind on a sinking ship. U.S. Life-Saving Service’s Captain Henry E. Ketcham and his surfmen obliged, hauling the crew and Tim, the ship’s cat, to safety in a breeches buoy in time for Christmas dinner reports Able Seacat Bart.

CHRISTMAS 1912 — During a blustery snowstorm in the early hours of Christmas morning, the 125-ton schooner Copy, making its way from Greenport, Long Island, to New York City, ran aground at the eastern entrance to Huntington Bay. 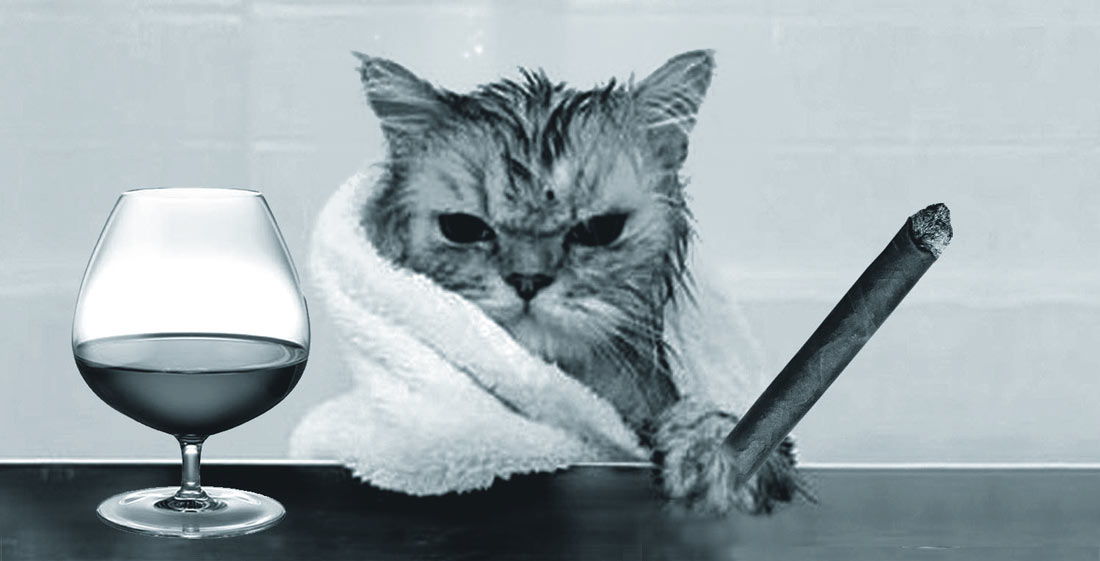 At Eatons Neck Life-Saving Station, Captain Henry E. Ketcham, a Northpoint native with more than 25 years’ experience including almost 20 years as the station’s keeper, was on duty. His surfmen attempted to launch the surfboat, but were beaten back by the huge waves. They then used the Lyle gun to fire a shot line to the stricken vessel so the breeches buoy could be rigged then one by one they hauled the crew of three was to safety. Last to leave was Captain Clifford Bennett. With Tim the ship’s cat tucked securely inside his oilskins, he stepped into the breeches and was pulled ashore.

“Get me out of here” springs to mind on a sinking ship in a blizzard. This isn’t reality TV when you know everything’s going to be all right in the end. This is gut-churn, life-and-death real life, when the stars may (or may not) align. Worse things do happen at sea. The weather turns foul and suddenly you are in a serious spot of bother with stormy winds, driving rain, raging seas and no steering. It happened to solo sailor Manu Wattecamps-Etienne off the coast of Alaska. He was one lucky, plucky lad. Help was at hand. The US Coast Guard made contact with Polar Pioneer, an oil drilling vessel used by Royal Dutch Shell off Alaska’s northwest coast who were nearby and they sent support ship, Tor Viking, to the rescue. Check out this video that shows Manu doing the header of a lifetime having zipped ship’s kitten, Pipalup, securely inside his jacket. The header was courageous, so was stuffing Pipalup in his jacket. Seafurrers (especially young ones) tend to be independent-minded, feisty felines who don’t take too kindly to restraint. When dicing with death however, a little “zipping up” is preferable to topping your boom. ◈ 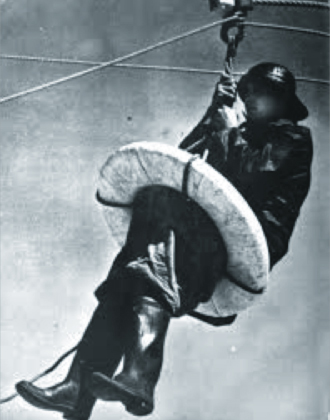 Before the days of helicopters hoisting shipwreck survivors to safety, help came from life-saver and rocket brigades on shore. Captain Henry E. Ketcham and the surfmen who rescued Captain Bennett and Tim in time for Christmas dinner belonged to the U.S. Life-Saving Service – a service renowned for helping “those in peril upon the seas.”

There were two ways of rescuing people on ships stranded near the shore – by boat or by a strong line stretched from the beach to the wrecked vessel.

The Service’s boats were either a 700 to 1000 pound, self-bailing, self-righting surfboat pulled by six surfmen with twelve to eighteen foot oars, or a two to four ton lifeboat. The surfboat could be pulled on a cart by crewmen or horses to a site near a wreck and then launched into the surf. The lifeboat, following an English design, could be fitted with sails for working further offshore and was used in very heavy weather.

When seas were too rough for boats, the Service reached the stranded mariners by stringing a strong hawser from the shore to the ship. To propel the line to the ship, the cannon-like Lyle gun shot a projectile carrying a small messenger line to the ship which enabled the shipwrecked sailors to pull out the heavier hawser.

hawser
A thick rope or cable for mooring or towing a ship.

Once the hawser was secure, a life car, which looked like a primitive submarine, could be pulled back and forth between the wreck and the shore over, through or even under the sea. Once the hatch was sealed, there was enough air inside for eleven people for three minutes. Typically, they carried carried four to six people at a time. But they were heavy and hard to handle.

As those in distress evolved from crowded immigrant packets with many people on board to small commercial schooners with less than a dozen, the life car was widely replaced by the breeches buoy. This resembles a life preserver ring with canvas pants attached. It could be pulled out to the ship by pulleys, enabling the endangered sailor to step into the life ring and pants and then be pulled to safety much more easily than the heavy life car. A beach apparatus cart carried all the equipment needed to rig the breeches buoy, and could be pulled by the crew and horses to the wreck site. ◈