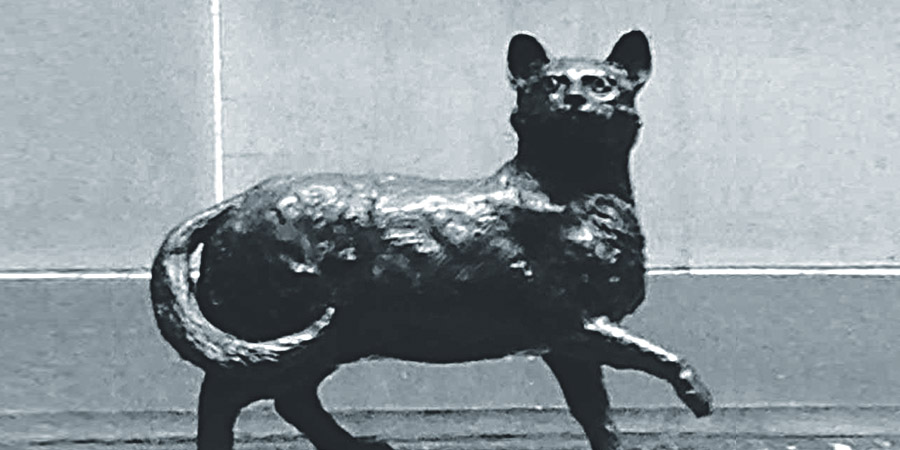 Trim dined well thanks to his (mostly) good manners as almost every officer and man on board fed him. Able Sea-cat Bart reveals Trim’s successful table strategy and the fact that Matthew Flinders may have trimmed a couple of years off his age and shares Bruce Watson’s musical tribute to Trim the circumnavigating cat. 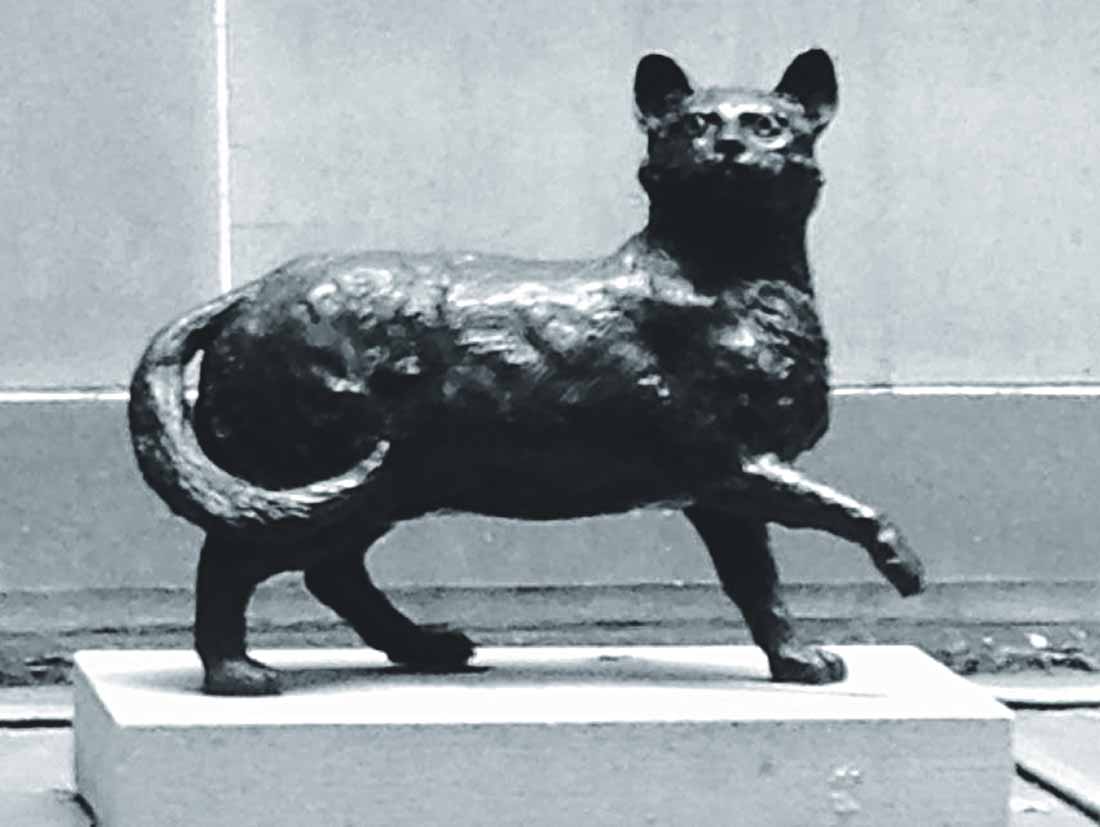 Trim was admitted upon the table of almost every officer and man in the ship: In the gunroom he was always the first ready for dinner, but though he was commonly seated a quarter of an hour before any other person, his modest reserve was such that his voice was not heard until everybody else was served. He then put in his request, not for a full allowance, he was too modest – nor did he desire there should be laid for him a plate, knife, fork or spoon, with all which he knew he could well dispense – but by a gentle caressing mew, he petitioned for a little, little bit, a kind of tythe from the plate of each; and it was to no purpose to refuse it, for Trim was enterprising in time of need, as he was gentle and well bred in ordinary times. Without the greatest attention to each morsel, in the person whom he had petitioned in vain; he would whip it off the fork with his paw, on its passage to the mouth, with such dexterity and an air so graceful, that it rather excited admiration than anger. He did not, however, leap off the table with his prize, as if he had done wrong; but putting the morsel into his mouth and eating it quietly, would go to the next person and repeat his little mew; if refused his wonted tythe, he stood ready to take all advantages. There are some men so inconsiderate as to be talking when they should be eating, who keep their meat suspended in mid-air till a semi-colon in the discourse gives an opportunity of taking their mouthful without interrupting their story. Guests of this description were a dead mark for Trim: when a short pause left them time to take the prepared mouthful, they were often surprised to find their meat gone, they could not tell how. ◈

According to published versions of Matthew Flinder’s Tribute, Trim was born on board His Majesty’s ship the Roundabout in 1799 during a passage from the Cape of Good Hope to Botany Bay. Check your dates Matt (or sack the transcriber who turned a 7 into a 9). That voyage was 1797. And it was memorable. Reliance (Roundabout) sailed from the Cape of Good Hope on April 11 and arrived in Sydney on June 26 with 109 head of cattle, 107 sheep and three mares to stock the new colony of New South Wales. “I believe no ship ever went to sea so much lumbered,” reckoned Captain Henry Waterhouse, adding it was “one of the longest and most disagreeable passages I ever made.”

Clearly not disagreeable for young Trim. He was a favourite with everybody on board and dined well. It’s all about schmoozing and charming says Ginja Ninja lapping up a bowl of freshly made chicken confit. “My routine starts with a contented, constant purring while wrapping myself around my food provider’s legs indicating I need to be fed. I don’t overdo it. Timing is crucial: it needs to be before she is distracted thinking about her own meals. Then it comes down to manners: delicate lapping of milk and noiseless nibbling on small portions. Brief pauses to congratulate her culinary efforts with appreciative looks never go astray.” ◈ 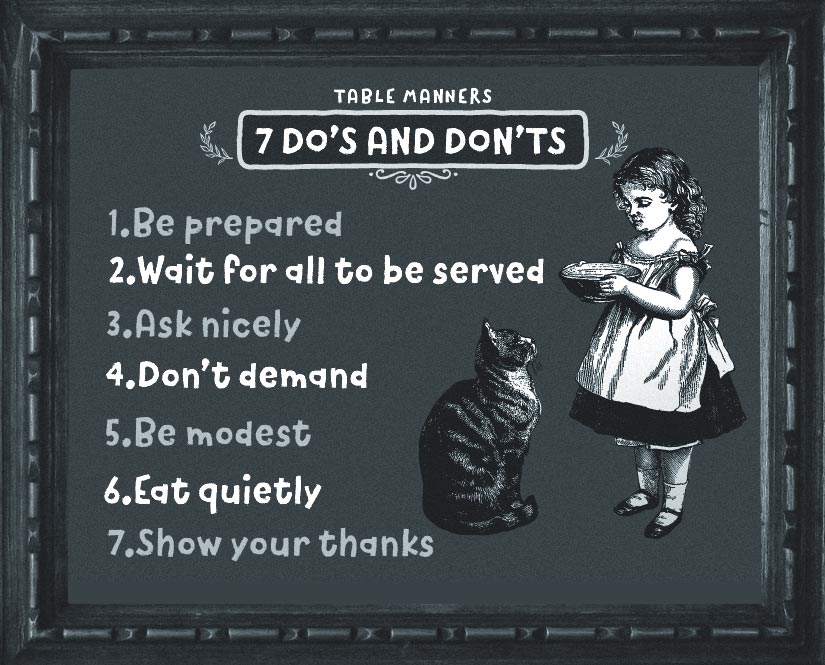 When cats lap they take advantage of a perfect balance between two physical forces: gravity and inertia. High-speed videos made by MIT, Virginia Tech and Princeton researchers reveal that when the cat’s tongue touches the liquid surface, some of the liquid sticks to it through liquid adhesion, much as water adheres to a human palm when it touches the surface of a pool. But the cat draws its tongue back up so rapidly that for a fraction of a second, inertia – the tendency of the moving liquid to continue following the tongue – overcomes gravity, which is pulling the liquid back down toward the bowl. The cat instinctively knows just when this delicate balance will change, and it closes its mouth in the instant before gravity overtakes inertia. If the cat hesitated, the column would break, the liquid would fall back into the bowl, and the tongue would come up empty. Prof Roman Stocker’s cat, Cutta Cutta, provided the inspiration for this breakthrough study that reveals that even the way cats lap up liquid displays the perfect balance for which they’re known.

Lap time
While the domestic cat averages about four laps per second, the big cats, such as tigers, know to slow down. Because their tongues are larger, they lap more slowly to achieve the same balance of gravity and inertia. — MIT News

What to lap? Milk or water? Catlore expert Desmond Morris says: “A cat should never be given milk alone in place of water. If milk is offered, it should be given alongside water.” As for the water, it should be fresh and in a clean bowl say all the best books. Clearly cats don’t read them as they tend to head off to the nearest puddle or pond. Why? They can’t stand the chemical smell in tap water or the residual detergent smell on drinking bowls. “The stale water in puddles and pools outside is much more attractive. It may be full of microbes and rotting vegetation, but these are natural and organic and only give it an attractive flavor,” says Morris. Silkie agrees. He heads for the fish pond. And scoops. ◈ 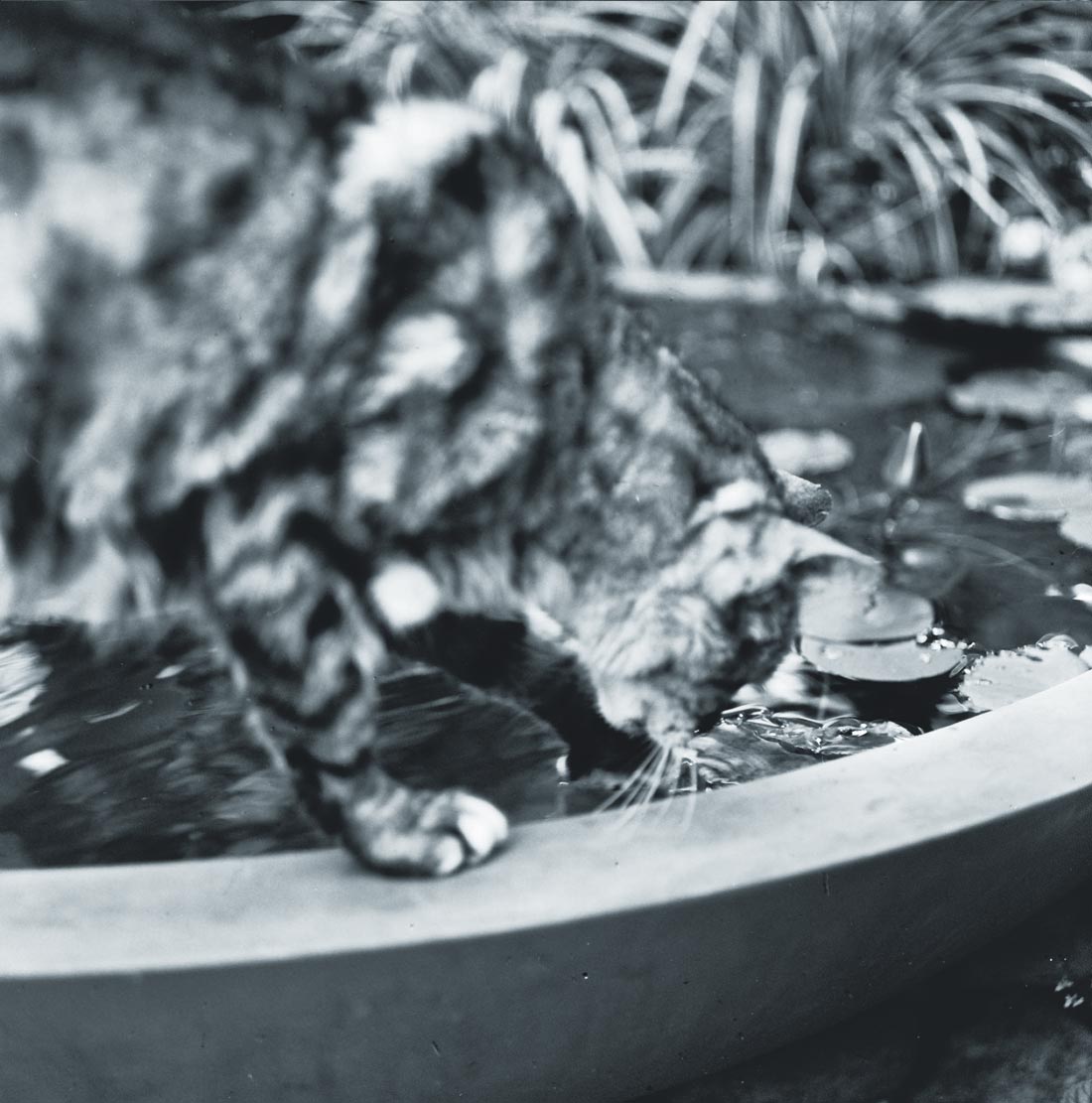