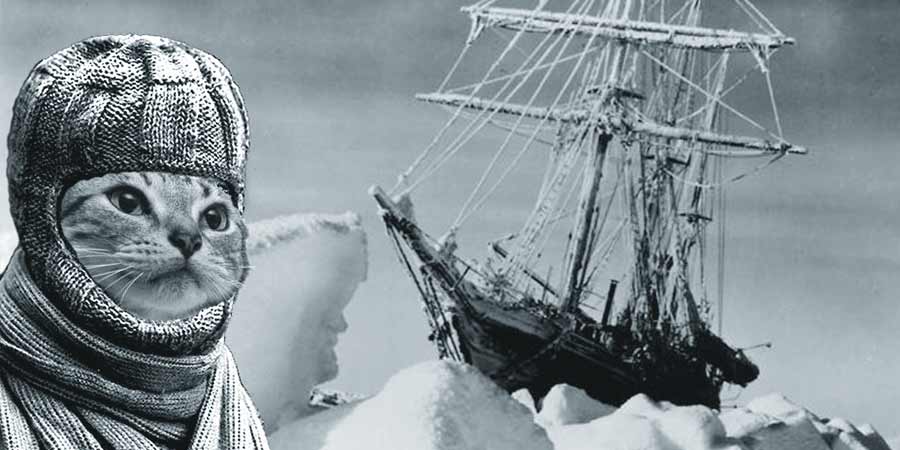 September 9th — Seal watch — Weather still fine and with lots of sun. From experience I know that the best watch places generally lie in direct sunshine, and so I shift my watch accordingly, thus covering many vantage points. My shipmates are admiring of the way I have orchestrated my watch system. Crean stopped to chat with me today, asking how things were going, and remarking on how warm my fur was. 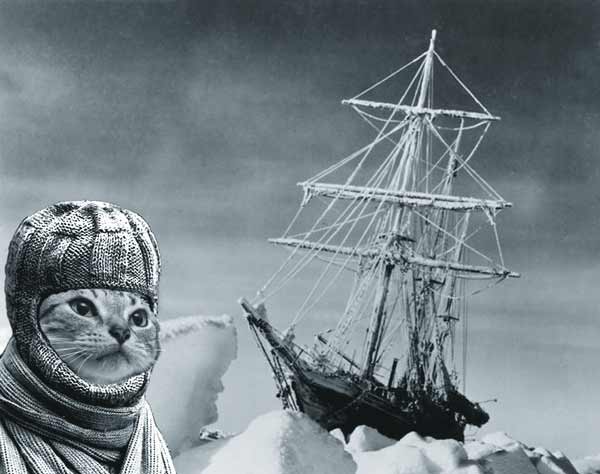 “Where’s Hussey?” he suddenly called out to Macklin and Hurley and some of the fo’c’sle hands, who were nearby. They pointed aloft, where he had stationed himself with one of his apparatuses. “We may not need your services any longer,” Crean called up to him. “Mrs Chippy’s minute calibration of the exact position of the sun is better than anything you have pulled off.” Everyone laughed, and I carefully kept my attention focussed on the horizon. I like Hussey, although his meteorological methods are rather crude, relying on cumbersome metal instruments and so forth, but I would never wish to hurt his feelings. “Chippy’s equipped with acute temperature sensors,” Crean called up again. “Far superior to anything you’re using.” “Yes.” Hussey called down, “but I’ve noticed they tend not to work so well in extreme cold or wet weather.” Actually this was inaccurate. My sensors work extremely well in all conditions, but there is rarely any advantage to be gained by exercising them in inclement conditions. Besides, if I were to do so, there would be nothing left for Hussey. I was glad to see he took Crean’s pleasantries in his stride, however, and when he came down from the crow’s nest, he stopped to greet me and stood at the rail stroking me for a while, looking out over the ice. It occurred to me afterwards that he may have been a little embarrassed by being shown up in front of his shipmates, but really he should not take it to heart. Not everyone is going to be blessed with the same gifts, and I wouldn’t be at all surprised to learn that there were one or two things he can do much better than I.” ◈

CREDIT Caroline Alexander, Mrs Chippy’s Last Expedition. The remarkable journal of Shackleton’s polar-bound cat (Harper Perennial). In this journal, which runs from 15 January to 29 October 1915, Alexander assists Mrs Chippy provide us with his unique seafurring perspective of battling through 1000 miles of pack ice and wintering in an ice-bound ship.

Being in the hot spot

Hot desking is all the rage in offices these days. We seafurrers discovered “hot decking” long ago. It’s based on a similar principle: be where you’re needed most. When I am on lookout, it’s my job to help keep the ship on course and away from danger. When I am on deck on say the forenoon or afternoon watch, I like to follow the sun and keep moving around. It helps keep you alert. Of course Mrs Chippy would follow the sun on seal watch and keep moving his vantage point. He knew that seals aren’t going to pop out of the same spot of the ocean every time. 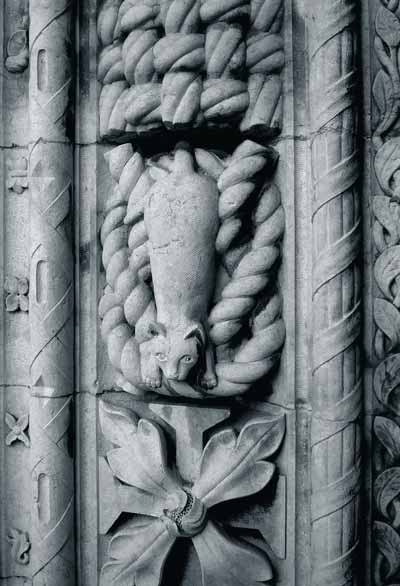 And seal watch was a key role – seal blubber fired the ship’s boiler and seal meat was a menu staple starting with brekkie which might be a tasty plate of seal liver and bacon followed the traditional Quaker’s Oats. That would certainly warm the paws when you’re stuck in pack ice. ◈

IMAGE Hot-decking on the forenoon or afternoon watch. For some 600 years, this able-bodied sea-cat, representing all the courageous seafurrers who sailed with the early Portuguese maritime explorers, has been gracing this column on St Jerónimos monastery in Lisbon.

Each day is broken into watches. There are many different types depending on the ship. But, whatever type, the watch stander must be wide awake and devote full attention to it. That’s what helps keep the ship afloat and running smoothly. Watches can vary, of course, depending on the ship and whether it is under way or in port. Here are the traditional watches from the days of sail.

Standing watch means being on duty at a specific work station during a particular portion of the day. Watch duties vary: but it’s all about keeping the ship on course and running smoothly 24/7. As well as his regular pest control duties, Mrs Chippy was assigned the key seal watch role. Seals kept the boiler and the men fed.

Shackleton knew that wintering in the Antarctic in an icebound ship with the eerie silence and black emptiness meant changes had to be made to life on board. He set a strict winter routine. Instead of the usual rotation of sea watches, a single watchman was on duty from 2000 to 0800, allowing all other hands to enjoy uninterrupted sleep. ◈