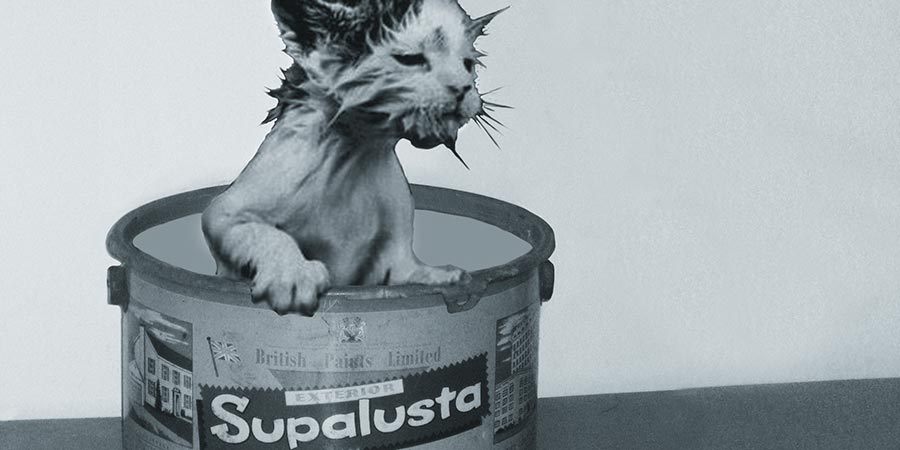 THE GROG, March–April 2008 — The following is the correspondence between the skippers of the hospital ship USS Solace and the destroyer USS Bell 1919–20 regarding the disappearance of Thomas Whiskers, the Solace’s greatly valued ship’s mascot.

Several members of the crew of this ship have informed me the commanding officer that the mascot of the Solace, Thomas Whiskers, has been kidnapped or catnipped by certain members of your crew and is being impounded on board your ship. This mascot is a large, black Tom and when last seen was in dress uniform consisting of a leather collar with brass tag marked USS Solace.

If this cat is on board your ship, please inform me and I will send a member of the crew for it.

Your ship’s cat “Whiskers” is being returned under guard, but an explanation of his presence aboard the ship is no doubt due you.

Prior to our departure from alongside the Solace, the cat in question developed a warm regard for the USS Bell, consequently spending much of his time aboard. On the morning we shifted berth his presence aboard was unknown to us. Later in the day after your ship had sailed, he was found to have taken possession of an unoccupied stateroom. The master-at-arms immediately made him prisoner on the ground that he was a stowaway and incarcerated him in the paint locker. This will account for the fact that he is no longer the black cat you describe, but battleship grey.

We advise against the removal of this collar [sic] since its low visibility aids the performance of his duties.

In regard to the dress uniform worn by the prisoner — in his attempts to remove the paint he pulled off the collar and lost it. This ship feels under no obligation in regard to the latter. In adding one ten cent collar to its stores it lost $2 worth of paint. 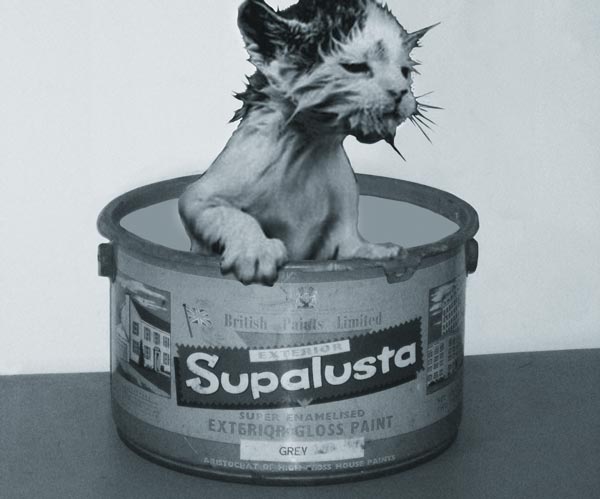 CREDIT Reprinted with permission of The Grog  the quarterly digest of the Society for the History of Navy Medicine edited and published by André Sobocinski from the Office of Medical History, Communications Directorate, US Navy Bureau of Medicine and Surgery.
ILLUSTRATION Ad Long

Solace for the sick

I am not at all surprised that the skipper of the Solace was keen to get Thomas Whiskers back. It was a hospital ship and I imagine TW played a key role providing the wounded with comfort and cheer. I’d even go so far to suggest that he speeded recovery by helping reduce stress. I’ve heard odd grumbles that pets and mascots had it easy. Not at all. They were true seafurrers, they just had different duties from the typical sea-cats’ pest control and keeping watch. Can you imagine how dreary it would be repeatedly jumping through hoops for a photographer to get the right angle, or perpetually posing on or in gun barrels, or wearing funny little outfits or hats or collars. It’s certainly not for me. And many mascots lost their lives. In the Australian War Memorial’s sculpture gardens there’s a memorial dedicated to those who “had no choice” which recognises the practical and psychological roles thousands and thousands of animals including many seafurrers played in wartime. ◈

Commissioned on 14 April 1898 for the Spanish-American War, the USS Solace was one of the US Navy’s first hospital ships and the first to fly the Geneva Red Cross (under the Geneva convention). At the time the U.S. Navy was very much in uncharted territory with hospital ships. With exception of the Civil War hospital ship (USS Red Rover, 1862–65), the Navy did not operate a ship that was used solely for the purpose for medical means. All that changed when the Solace came on the scene as historian André Sobocinski from the Office of Medical History, Communications Directorate, US Navy Bureau of Medicine and Surgery explains.

“For the Spanish American War, USS Solace was fitted to care for 200 patients comfortably (either in berths, swinging cots or staterooms). Her hospital was staffed by five medical officers, three hospital stewards, four mess men, and two laundry men. The ship carried steam launches and a barge for transferring the sick and wounded at sea, and had steam winches on both sides of its upper deck for the hoisting and lowering of the wounded. She would pick up her first patients (57 sailors and marines) on June 5 from ships that took part in the bombardment of San Juan, Puerto Rico. Among her many claims in the Spanish-American War was the first antiseptic surgery performed at sea.

She is the first of 20 Navy hospital ships to be blessed with a (daresay) soothing name. Originally known as the Creole — an ocean steamer from the Cromwell line – she was converted into a Navy hospital ship within 16 days. Her new name – USS Solace – was given to her by Margaret Long, the daughter of the Secretary of the Navy. Every Navy hospital ship since 1898 has followed the Solace’s lead and been given a name denoting healing, peace, and refuge.

From 1908 to 1921, every ship captain was a medical officer. Usually ships are commanded by line officers. There were those in the Navy Medical Department who thought that hospital ships – as medical ships – should be commanded by physicians. While still president, Theodore Roosevelt agreed and directed that Navy medical officers be allowed to serve at the helm of hospital ships. Typically, since 1921, physicians and other medical-staff officers, are able to serve as the Commander of the hospital or MTF (Military Treatment Facility) aboard the ship.” ◈