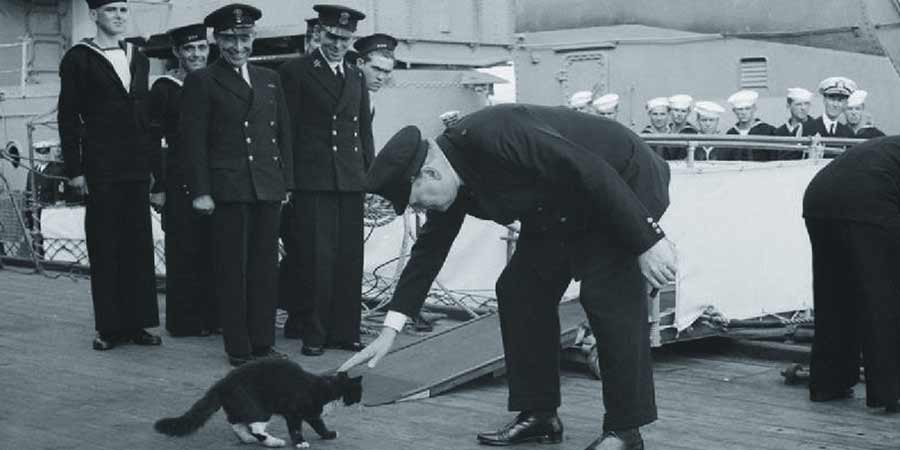 Referring to pictures of the prime minister patting the cat on the head, Cat said cats abhor head patting and added “He should have conformed to the etiquette demanded by the occasion, offering his hand and then awaiting a sign of approval before taking liberties”. 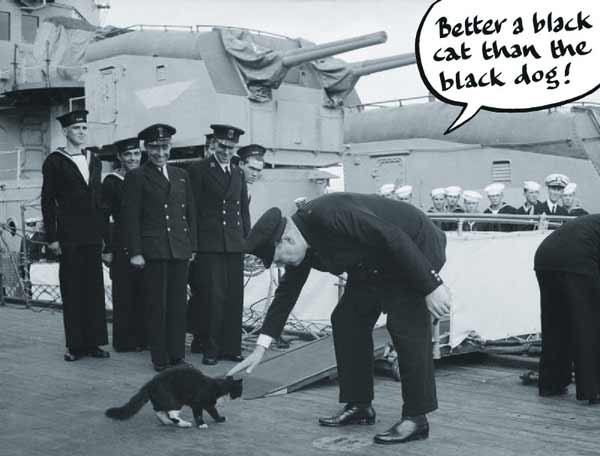 Blackie, ship’s cat and mascot on HMS Prince of Wales, was a witness to one of the momentous events of the Second World War. He was there for the Atlantic Charter Conference – the first top secret meeting between British Prime Minister Winston Churchill and U.S. President Franklin D. Roosevelt held off the coast of Newfoundland between 9–12 August 1941. Which explains why the crew decided to rename him “Churchill”.

His ship, HMS Prince of Wales, was a 35,000-ton King George V class battleship commissioned in March 1941 and attacked and sunk along with HMS Repulse by a strong force of Japanese high-level bombers and torpedo planes on 10 December 1941 just days after the Japanese attack on Pearl Harbor on 8 December 1941. Over 830 lives were lost. Churchill was among the survivors who made it to Singapore, but could not be found when orders came to evacuate Singapore two months later in February 1942. It’s believed he was hunting and gathering. ◈

A pat on the back

To my mind War Office official photographer, Captain William Horton, deserves a big pat on the back for this shot. The Cat Protective League comment on the other hand seems petty to me. I can completely understand Churchill, who was under great pressure, reaching out to give the ship’s cat an impulsive pat on his way to this very important meeting. Human brain studies show that simply petting a cat raises the levels of three key chemicals that help people feel more relaxed – serotonin, dopamine and oxytocin. And Winston Churchill needed to go into that first meeting with FDR on top of his game and as calm as the proverbial cucumber. There was a lot at stake. I like to think that Blackie’s friendly approach to the great man at this pivotal moment in history played a key role in in contributing to the successful outcome of the Atlantic Charter Conference. ◈ 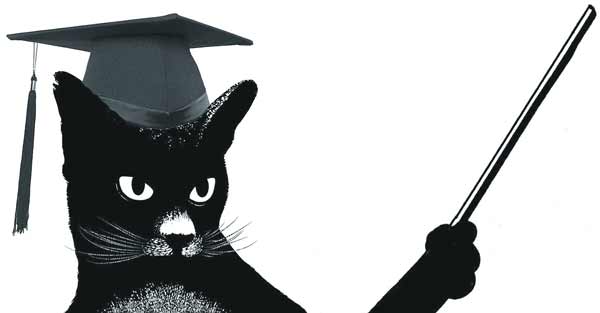 The Atlantic Charter was negotiated at the Atlantic Charter Conference (code named RIVERA) by British Prime Minister Winston Churchill and US President Franklin D. Roosevelt, aboard their respective war ships in a secure anchorage site just several hundred yards from land near a small community called Ship Harbour, Newfoundland. It was issued as a joint declaration on 14 August 1941 and is considered to be one of the key steps toward the establishment of the United Nations in 1945. 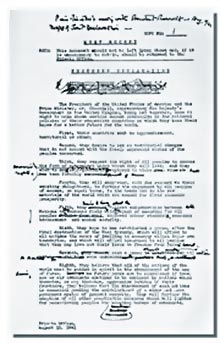 The opening paragraph reads: “The President of the United States of America and the Prime Minister, Mr. Churchill, representing His Majesty’s Government in the United Kingdom, being met together, deem it right to make known certain common principles in the national policies of their respective countries on which they base their hopes for a better future for the world.”

The eight points were in brief:

The governments of Belgium, Czechoslovakia, Greece, Luxembourg, the Netherlands, Norway, Poland, Soviet Union, and Yugoslavia, and representatives of General Charles de Gaulle, leader of the Free French, unanimously adopted adherence to these common principles at the subsequent Inter-Allied Meeting in London on 24 September 1941. ◈